There are over 20 different supraglottic airway devices on the market, each with their own pros & cons. This can lead to confusion when choosing preferred supraglottic airways to stock on emergency trolleys, with proponents favouring one device over another based on various performance characteristics or bias towards situational practice (e.g.: OT vs ED)

How to choose the ‘ideal device’?

Well, some anaesthetists have argued along the lines of a ‘gameshow’ analogy.  Imagine a gameshow where there’s a million dollar prize, for which the contestant is allowed only ONE shot i.e. claiming the prize is dependent on placing the device successfully.  Anecdotally most anaesthetists will default to choosing the classic LMA as their ‘million dollar’ airway.

And why not?  It’s been around since 1988 and has proved a stalwart in elective anaesthesia.  However I’d argue that w’re not on a gameshow where success is judged solely by placement of a device by an anaesthetist to allow effective ventilation.

Instead we should consider a ‘desert island’ airway, a device that can be reliably placed by occasionalists such as nursing staff on the orthopaedic ward at a cardiac arrest.  Flexibility of the device to allow gastric drainage, minimise aspiration risk and ideally to act as conduit for placement of an endotracheal tube are also desirable.  If we’re going to talk about gameshow voice of airways, perhaps we need to consider ‘Survivor’ – with pluripotency across arenas most valued. Miller described a somewhat complex classification for supraglottic devices in 2004; five years later  in 2009 the international standard ISO 11712:2009(E) was published, with five classes of device.  However the classification by Cook et al in the same year is perhaps the most useful, dividing supraglottic devices into first and second generation.

Whilst it remains perfectly useful (and perhaps the vice of choice) in elective settings, the lack of gastric drainage channel and the restrictions on use as a conduit for intubation mean that the cLMA really has no place on in ED, ICU, ward MET calls or the prehospital environment. Since 2015, the UK Difficult Airway Society no longer recommendsthe use of the classic LMA as a rescue airway device.

Emphasis is placed on assessment, preparation, positioning, preoxygenation, maintenance of oxygenation, and minimizing trauma from airway interventions. It is recommended that the number of airway interventions are limited, and blind techniques using a bougie or through supraglottic airway devices have been superseded by video- or fibre-optically guided intubation. If tracheal intubation fails, supraglottic airway devices are recommended to provide a route for oxygenation while reviewing how to proceed. Second-generation devices have advantages and are recommended [DAS 2015]

Moreover the requirement to inflate a cuff can be a particular problem in ‘occasionalist’ hands – cuffs can tear on teeth, cause difficulty with position or even fail to be inflated.  The extra steps required to inflate cuff and check seal may present additional cognitive load for the occasionalism in a high-stress situation such as unexpected cardiac arrest on the ward, in the small rural hospital or in prehospital setting.

So what are the properties of the IDEAL supraglottic device?  I’d argue they should include:

But within the category of second generation supraglottic airway devices, an almost baffling diversity exists – each with own adherents. 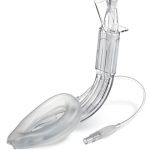 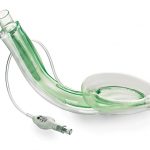 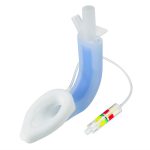 It is not uncommon to find a bewildering array of supraglottic devices within a single institution. The ambulance service may use iGels; the ED may use classic LMAs, the ICU may use Supremes and the Theatre suite may have everything from cLMAs, sLMAs, iLMAs etc depending on personality & preference, available funding, likely case mix and a myriad other factors.

Take a wander through your Hospital visiting ED, ICU, Wards and Theatre – how many different supraglottic devices are there?  Are classic LMAs still being used as rescue devices on crash carts?

I believe that this is where the ‘gameshow’ analogy falls down.  It’s not important what the anaesthetist would want in the ‘million dollar’ gameshow challenge.  Instead we need to consider use of supraglottic devices that will function across a system and which allow maximum flexibility and ease of use. A device that can be used from prehospital, into ED, across wards and into ICU as a rescue airway. Use of a single device allows practice and familiarisation for individuals, regardless of location.

A true systems approach suggests the need for a ‘desert island device. 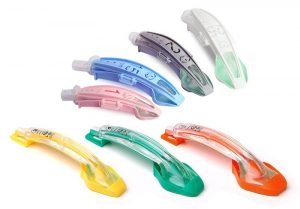 Many prehospital services (New South Wales, Victoria and shortly South Australia) are using the iGel device.  Available in a range of sizes, it is a second generation device with orogastric drainage, ease of insertion and no cuff – instead the thermoplastic allows moulding to the hypopharyngeal anatomy to make a seal.

Removing the need for a cuff obviates the above mentioned problems in ‘occasionalist’ hands, applicable to the ward as well as the prehospital service. Having gastric drainage is important for use as a rescue device in the non-fasted patient. But perhaps best is the potential to use the iGel as a conduit for passage of an ETT.  Hence the need for familiarity across a system.  In short, if the ambulance are using it, we need to understand it!

Imagine the following not uncommon scenarios – a sudden cardiac arrest in the prehospital environment…or on the orthopaedic ward.  Or a failed intubation in the ED or ICU. The immediate responders, whether trained paramedics, emergency clinicians or ward staff, place an iGel and are able to ventilate, thus entering the ‘green zone’ of the Vortex.  What next?

Instead, the combination of the iGel with the Scope (an affordable flexible fiberoptic device) means that an ETT can be passed under direct vision with no interruption.

This ‘staged airway’ is a simple technique and relies upon use of the iGel as a conduit – essentially democratising the skill of fibreoptic intubation for the masses, rather than a requiring the Ninja-like airway skill of a senior anaesthetist.

The key steps are

But what about ‘choking the chicken’?

Well it’s not uncommon for the leading top if an endotracheal tube to ‘hang up’ on the right arytenoid cartilage when being railroaded (whethr over a bougie or a fiberoptic scope).

Rather than wait for this to happen, withdraw it then perform a counter-clockwise ‘flip flop’ manoeuvre, my mate Jim DuCanto suggests a deliberate rotation of the ETT before rail-roading over fiberoptic scope and through the glottic opening.

Key steps in this technique are:

In my opinion, use of the iGel across a system (from prehospital-ED-ICU-wards) makes sense.  This rescue device can be reliably placed by non-anaesthetists, can allow gastric drainage and most of all allows a staged airway for placement of an ETT using an affordable fibereoptic scope.  moreover use of a single device across a system allows training and familiarity for occasionalists; leaving the theatre suite to host a suitable array of devices from cLMA through to select second generation devices according to particular needs.