I’ve been doing a bit of thinking about life-jackets after spending a few hours bobbing around in a heated pool during last week’s HUET (helicopter underwater escape training) course.

Whilst practicing in a pool is one thing, I did wonder how well one would cope if ditching in the cold waters of the Southern Ocean wearing a switlik & flight suit or immersion suit. Probably quite well – modern safety equipment has come a long, long way from it’s origins (the first description dates back to 870 B.C., with a stone carving showing Assur-Nassur-Pals’ army crossing a river wearing inflated animal skins as flotation devices).

“the bravest man in the RAF never to fly an aeroplane”

The development of modern lifejackets includes a vital contribution by British anaesthetist, Edgar ‘Gar’ Pask. His story is fascinating, not least for the fact that, like true eccentrics, he performed experiments using himself as a test subject. 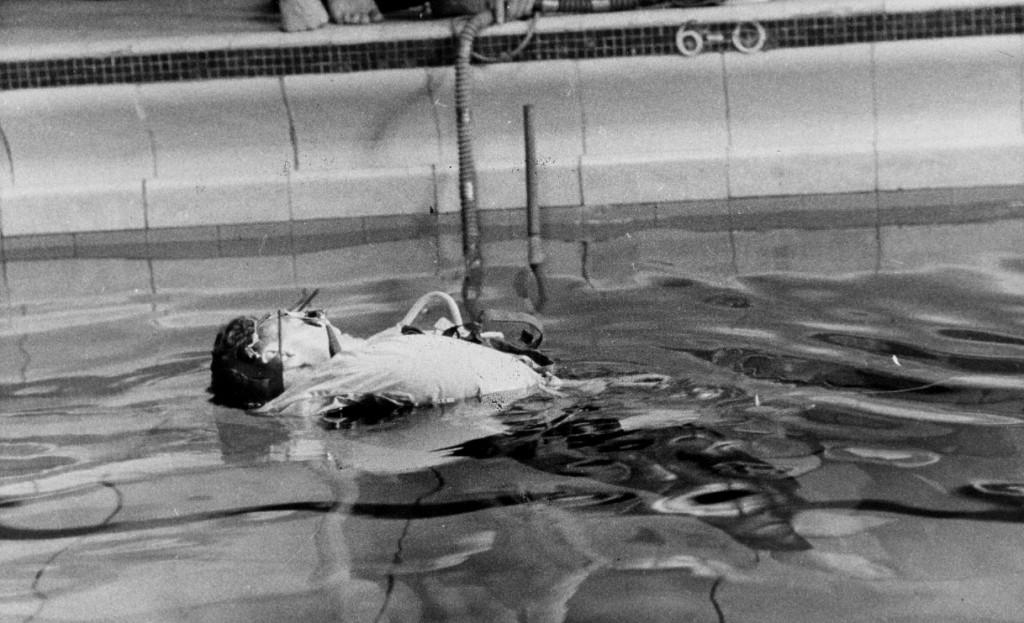 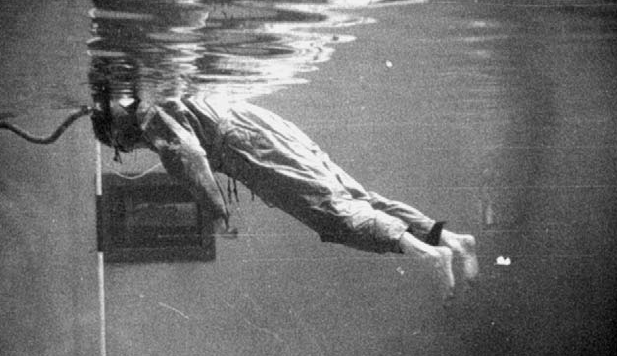 In essence, Pask made three vital contributions, spurned on in part by necessary developments during WWII.

(i) the problem of ‘downed & drowned’ aircrew

Most of us are familiar with the “Mae West” – a US lifejacket considered the cutting edge in the war years. Whilst it did a great job of keeping downed aircrew afloat, sadly many airmen were found in a face down position. They survived bailing out of their aircraft, but drowned despite being kept afloat.

Edgar Pask was a British anaesthetist, seconded to the Physiological Laboratory in the RAR Research Station at Farnborough, UK under the encouragement of another anaesthetic great, Professor Macintosh. Pask’s doctoral thesis is infamous for being performed with the author mostly asleep – the reason being that Pask used himself as a test subject. He was anaesthetised and placed, unconscious, in a swimming pool whilst on a breathing circuit. By simulating an unconscious airman, Pask and colleagues were able to test a variety of different lifejackets, refining techniques such that modern lifejackets ensure the victim floats face up, rather than risk ending up face down in the Mae West lifejacket.

The video footage of this research is fascinating – a short clip is shown below. The experimental subject is Pask, intubated and breathing ether on a double-lumen, corrugated anaesthetic circuit, the tubing of which was weighted to neutral buoyancy. Essentially a Mapelson D circuit. He was then unceremoniously dunked in the pool, whereby he promptly sank.

If downed aircrew were recovered, many expired when pulled form the water. The real problem here was actually cold water immersion syndrome – the redistribution of blood volume in a weightless water environment meant that cardiac output dropped markedly when aircrew were pulled (usually vertical) from the water. Attempts at artifical respiration were employed – in the 1940s, the Schafer method was most popular.

The second part of the above video shows an anaesthetised Pask undergoing various methods of artificial respiration whilst paralysed (at the 9:08 mark). They demonstrate Silvester’s method, Schafer’s method & Eve’s rocking method. Not currently approved by the Resus Council!

These experiments are remarkable (and a little unsettling) – Pask was paralysed and then underwent two hours of artificial respiration, during which time measurements were made of ventilation rate, tidal volume and O2 consumption. This was in the days before apnoeic diffusion oxygenation!

The RAF leased B17 ‘flying fortress’ bombers from the USA. These lightweight aluminuim-skinned aircraft apparently flew at the height of Everest, unpressurised – posing hazards of cold & hypoxia to the crew. Pask explored the effects of bailing out at such high altitudes – again, using himself and colleagues as test subjects. They were exposed to various hypoxic mixtures in a decompression chamber – the records are disturbing, essentially describing young men being asphyxiated and then allowed to recover.

Here is a description of Gar Pask being asphyxiated, whilst hanging vertical in a parachute harness in a hypoxic mix in a decompression chamber. Extreme hyperbaric medicine!

The period of anxiety was more prolonged than in the ‘descent’ from 55,000 ft, with the subject sitting, and not until the sixth minute was it certain that the ‘descent’ could be completed.

The subject [Pask] made two attempts to raise himself in the harness by pulling on the parachute risers during 1 1/8 to 1 ½ mins. These attempts he could not remember afterwards. At 1 ½ minutes., the subject became limp and relaxed, the head falling forward, but although it must have been merely a matter of chance, it was not thought that laryngeal or pharyngeal obstruction actually developed, although vigorous inspiratory efforts were made.

Sweating was very profuse and liquid sweat fell from the forehead and formed a noticeable pool on the floor. Muscular twitching of the left arm was seen between 5th and 9th minutes. The pulse was not rapid – indeed a good deal slower than in previous ‘descents’ with this subject, but between 2nd and 6th minutes it was recorded as very feeble.

[the experimental record of one of Pask’s ‘descents’]

The upshot of all this was that Pask demonstrated that 30,000 feet was the highest survivable altitude to bail out without supplemental oxygen. I somehow doubt that such experiments would get past a modern day Ethics committee!

Pask’s bravery was recognised with award of the OBE (Military Division) in 1944. His meticulous approach to experimentation ensured the success of his 1947 thesis, although public publication of his wartime research was delayed until 1957, no doubt for both secrecy reasons and also in view of the justifiable outrage concerning similar experimentation on non-willing volunteers by the Nazi’s at Dachau.

It is a tragedy of man’s inhumanity to man that the Luftwaffe used human prisoners in these experiments. An account of the abhorrent work of Nazi Dr Sigmund Rascher is here. A disturbing thought is whether the data from these brutal crimes could be used subsequently – an issue explored in the NEJM. Ironically Rascher was executed on the orders of Himmler, in part for falsifying his data.

Pask died in 1966, age 54 – no doubt the toll of a lifelong smoking habit and the high likelihood of aspiration during the ‘flotation tank trials’ contributed to his early demise.

You can read more about the amazing exploits of Gar Pask below :

Edgar Pask – a hero of resuscitation

Pask – the bravest man never to have flown an aeroplane