Well, I am now back now from the inspiring, educational and above all FUN conference that was #smaccUS in Chicago. For those of you who don’t know, smaccUS was the third in a series of critical care conferences – the first was held in Sydney 2013, the second in Gold Coast 2014 and the third in Chicago, USA.

What makes these conferences different is the embracement by clinicians of FOAMed and Web2.0 – using modern technology to promote rapid exchange of cutting edge concepts, disseminate learning and shorten the gap between science and clinical application. Social media, whether pod- or vodcasts, blogs, twitter and the like is pivotal to such knowledge sharing, hence the smacc moniker “social media and critical care”.

Moreover the smacc conference is open to anyone involved in managing critical illness – doctors, nurses, paramedics, specialists, trainees, students, anaesthetists, intensivists, prehospitalists…even rural folk! The emphasis is on innovation and education, regardless of hierarchy or craft group…and all content is made freely available post-conference as a mix of vodcasts, slideshares and podcasts.

“For those of you who have not heard of SMACC, it is a modern, academic meeting, mixed with on-line technologies to deliver innovation in education in the fields of emergency medicine and critical care.

This conference addresses important clinical issues in a format that is energetic, cutting edge, and yet reputable” – REBEL EM

This was my third year speaking at smacc and the pressure was on.  Speakers at smacc don’t get to choose their topics – we are assigned them.  My assigned topic this year was “All Alone on Kangaroo Island” and followed on from previous talks on my pet subjects of rural prehospital care, use of checklists in airway management and rural resus room planning.

I will put up the show notes to my talk in a separate post.

AmboFOAM put it nicely “Tim brought the house down with his honest, open, and heartfelt talk..then followed it up with a finale that will (hopefully!) never be matched”

A significant amount of effort goes into smacc – the speakers are generally expert and accomplished educators. Most are already involved in medical education and emergency/critical care, sharing their knowledge through smacc-affiliated websites as #FOAMed.

Many of the smacc speakers are also involved in pre-conference workshops – with all giving their time and expertise for free…I was involved in the airway workshop, and was fortunate enough to be given the controls to Jim Du Canto’s amazing ‘vomit simulator’ The instructions for this are available online – using a remote, the stream ov vomit could be altered from a slow trickle to a veritable Poltergeist-like hose of bilious vomit, covering mannikin, intubator and assorted passers-by with vomit.  Although great fun, it certainly brought a level of task-loading to training for the soiled airway that has previously been lacking. No doubt many of us will be building these in our sheds over coming months, and I hope to see the use of such ‘soiled airway’ mannikins on many more courses on which I instruct in future – train as you would fight.

Airway is of course an expected workshop for #smacc – but there were others. Next door to our airway shenanigans was a small event called “smaccFORCE” with many prehospital friends. The video from Mark Wilson below gives a flavour.

The next three days were full on plenary sessions, concurrents and of course the madness that is SonoWars. I was a bit worred that the Yanks would stuff up #smacc and perhaps not “get” the irreverence…indeed, wandering around the conference hall before the opening ceremony (dressed as a kangaroo), many of the new people to #smacc looked frankly terrified – until someone explained that there was a ‘furries’ convention in town and my dressing as a kangaroo was akin to being accosted by a man wearing a gimp suit…

On a positive note, apparently my attire caused Cliff Reid to stumble during his keynote, along with the catastrophe that was the initial AV…thankfully fixed after initial frustrations.

With five concurrents at any one time, there were far too many highlights at #smacc to cover here – thankfully the content will be trickling out over the months as #FOAMed content on the smacc.net.au and intensivecarenetwork.com podcasts, as well as affiliated web sites.

A highlight for me was the madness of SonoWars – brilliant showmanship and theatre, but jam packed full of educational nuggets.  And of course, FAST scanning on a mechanical bull, live on stage in front of 2500 people. Brilliance. I also shed a tear when fellow rural doctor Casey Parker joined the stage to lead the audience in singing an adaptation of John Lennon’s “Imagine” –  “Imagine There’s No X-ray” – you will have to wait for the final SonoWars vodcast…trust me, is worth it!

As always, smacc was a chance to catch up with like-minded folk, all passionate about critical care and, most interestingly, from different perspectives. It was good to catch p with old friends and make news ones. Suffice it to say I had a great time and learned lots – I am grateful to all the people who came over and said ‘G’day’ and apologies to all those people I didn’t get to meet…

The Gala Dinner deserves a mention – rather than a bunch of tables and dinner served, the event (Navy Pier Ballroom) wsa set as a ‘festival’  – tents adorned the perphery, serving food and drink….allowing people to dance to the excellent band (Blues Brothers tribute, natch) and mingle.  Brilliant – I so hope this is repeated next year…

Others have reviewed the general vibe of smacc (below), including

Next year smacc will be held in Dublin – a city famous as the place where #FOAMed was conceived in 2012. Many a glass will be raised to absent friends. Wordsmith Michelle Johnston (@eleytherius) puts words to the sad loss of John Hinds better than any of us, in this piece “Ride On“.

What next for smacc?

I think the challenge for the future of smacc will be :

On that last point, I’d really love to see more input from clinicians in developing countries. Nowhere was this more apparent that in the insightful comments from Flavio Machado in sepsis forum, reminding many of us that a lot of the pontification over treatment modalities is academic when many areas (and I include rural Australia in this) don;t have access to the tertiary level care that many experts are accustomed to. I did get myself in a bit of a heated debate with some colleagues – is smacc about critical care? Should the focus be on cutting edge care in tertiary centres? Or about critical illness, which is an entity not defined by location and as such includes input from developing countries? Other examples abound – ECMO for cardio-respiratory arrest is fascinating and ‘sexy’ – but probably more lives are saved by ensuring community BLS and public access defibrillators…you get the gist.

I’d be keen to sponsor speakers and delegates from developing countries for #smaccDUB – what do others think? After all, critical illness doesn’t respect geography! 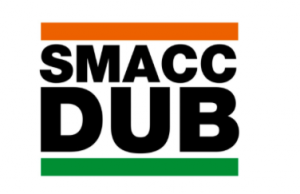 I am 100% confident that the smacc organising committee will nail it – people may not realise, but smacc is run as not-for-profit (and indeed, made a small loss this year, probably due to the crazy prices charged by Chicago Convention Centre catering). I am fully confident that next years smacc in Dublin will be an event to remember.I dunno if I’ll be invited back after my talk in chicago…but I hope to see many of you there.