Skip to content
How many times have I heard people (usually other doctors) liken anaesthetics to flying a plane – 99% boredom and 1% sheer terror?
In only a few more weeks I return home to Kangaroo Island after a year spent upskilling in anaesthetics…like a pilot, I’ve accrued many hundreds of hours of ‘flying time’ and have a fairly impressive logbook. I’m flying solo (but with an experienced senior pilot readily available should I need it)…all good preparation for returning home and anaesthetising selected patients for the visiting surgeons who visit KI. 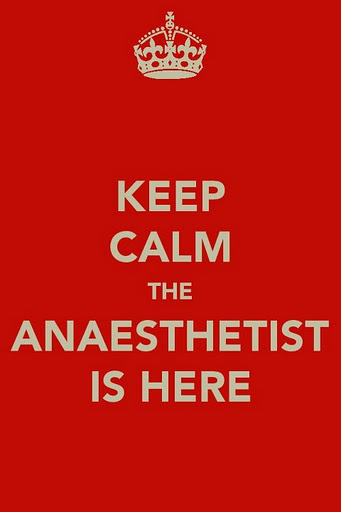 I recently attended an airway courses with Paul Baker of the ANZCA difficult airway special interest group. The Elaine Bromiley video was shown…and served as a discussion of human and technical factors in anaesthetic mishaps. Elaine Bromiley’s husband is an airline pilot and he has brought the rigour of the aviation industry, particularly crew-resource management, to crisis management in medicine.
One thing that struck me was the tight adherence that the airline industry has to checklists. In addition to the human factors and difficult airway algorithms, I think that this is something that we could and indeed should incorporate into routine clinical practice, particularly in ED or resus, where clinicians may be taskloaded and team members have to complete complex tasks that they perform relatively infrequently.
It’s true that in the Operating Theatre the surgical and nursing team perform a ritual known as ‘time out’ – a final check of patient identity, proposed surgery, consent and allergies. However I have recently been in some operating theatre scenarios where the communication between team members has been nonexistent…usually reflecting strained working relationships or one or two toxic individuals. What a shame that there is no anaesthetic-surgical team timeout – to confirm nature of proposed surgery and anaesthetic, to discuss plans in the event of mishap, and to clearly identify team member roles and responsibilities (watch the Bromiley video for an example of how copilot and pilot do this…something that I wish some surgeons and anaesthetists would do routinely).

I found this on the web, which is an extension of the surgical time out and involves introduction of team members, discussion of critical steps and anticipated problems. It’s from the WHO and I like it.

Checklists are all very well, but they are a form of strategy only…you’ve got to know how to implement actions in case of disaster. Scott Weingart has recently podcasted on the concept of logistics vs strategy, emphasising that knowledge of the former distinguishes a true expert from an amateur. It’s all very well to trot out the medical student answer that in the case of a massive bleed we would give packed cells, FFP and cryo (strategy)…but the true expert needs to know how to activate the massive transfusion protocol, troubleshoot the level one infuser, transduce the arterial line and mix up prothrombinex etc. This distinction of theory from practice is one which can be applied in whatever field of medicine one practices.
Continuing the aviation theme, a mob of ICU trainees from the UK (www.saferintubation.com) have developed a useful ‘intubation checklist‘ and I would commend this to people to copy and print out on their resus bay wall or on the airway cart.
However if we are going to extend the ‘anaesthetics is just like flying a plane’ metaphor, then Grant Hutchison’s infamous 1998 essay “Biggles FRCA” from the UK’s ‘Today’s Anaesthetist’ remains the definitive text.
For those who don’t recall the ‘Boys Own’ adventures of Capt Biggles, the eponymous hero was a creation of Capt W.E. Johns and promulgated the adventures of a wartime aviation hero, who got into various scrapes and yet triumphed despite insurmountable odds.  Like Tom Cruise in ‘Top Gun‘, one could argue that there was some homoerotic content at the bottom of all this (titles such as ‘Biggles Takes It Rough‘ and ‘Biggles Takes It In Hand‘ lend themselves to satire). Nevertheless, the concept of a rugged, unfazeable hero who triumphs despite the odds is one that I think could apply to anaesthetists – as they are invariably the doctors that other doctors turn to when the shit hits the fan.

Anyway, here’s the Biggles FRCA story reproduced for your edification. Our hero Biggles is an anaesthetist…the Chief Engineer is a Surgeon:
[from Grant Hutchison (1998) ‘Today’s Anaesthetist’]

If one more person tells me that giving an anaesthetic is like flying a plane, I will swing for them, I really will.

Look. The whole point of a plane is that it is designed to fly, and if it’s not working properly then you don’t take it off the ground. Human beings, in contrast, are not designed to be anaesthetised, and are often not working properly when the occasion arises. They are also rather poorly provided with back-up systems and spares, and frequently have long histories of inadequate servicing.

Captain James Bigglesworth DSO stepped out into the thin sunlight, and took a deep breath of the damp air. It was good to be alive. He was taking up a new crate today, and he relished the little knot of mixed tension and anticipation that always formed at the pit of his stomach under such circumstances. He strode briskly towards the hangar.

The Junior Engineer was waiting next to the aeroplane. He handed Biggles a single sheet of paper, on which he had scrawled a haphazard note of his work on the craft. “Is this all?” asked Biggles. “Where is the service record?”


“It seems to be lost. The filing department say it’s maybe still at the previous airfield.”

“And the manual?” asked Biggles.

The Junior Engineer looked startled. “I don’t think there is one. We thought you knew how to fly a plane.”

A cloud drifted slowly across the sunny sky of Biggles’ mind. He began his walk-round. “Where’s this oil coming from?” The Junior Engineer frowned seriously. “I don’t know.”


Biggles sighed. But he too, long ago, had once been a Junior Engineer. “Where do you think it might be coming from?”

“The engine?” hazarded the youth.

“Of course. So what’s the oil level in the engine?”

“Have you checked the oil level?”

Biggles could feel his voice becoming a little tight, a little cold. “So could you check it now, please?”

“But you’re just going to take off. The Chief Engineer wants you to take off right away.”

“Not without an oil level. And this undercarriage strut is broken. And the port aileron is jamming intermittently.”

At that moment, the Chief Engineer arrived. “Biggles, old chap! Ready to take her up? Good man.”

“She’s not remotely airworthy. I need an oil level and some basic repairs.”

The Chief Engineer sighed. “What do you want an oil level for? You know it’s going to be low. We’ve got to get her into the air before we can control the leak. And that undercarriage and aileron aren’t going to get any better while we stand here. She needs to be in flight before I can properly assess them. Come on, old chap – the tower’s given us a slot in ten minutes’ time. If we don’t take off then, we’ll be waiting all day.” He eyed the plane despondently, and tapped a tyre with the toe of his boot. “And, frankly, I don’t think she’ll last much longer.”

Biggles rippled the muscles of his square jaw. The Bigglesworths had never balked at a challenge, but this … Well, there seemed to be no way out of it. He was going to have to take the old crate into the air, just as she stood. Deuced bad luck, of course, but no point in whining.

Twenty minutes later, they were aloft. The plane kept trying to fly in circles, and the engine temperature gauge was sitting firmly in the red. The Engineer was out on the cowling with a spanner.

“Just turn her off for a bit,” he bawled over the clattering roar of the sick engine.

Biggles was astonished. “What?”

“Turn off the engine. There’s nothing I can do about this leak until the engine’s stopped.”

Reluctantly, Biggles turned off the engine, and trimmed the aircraft for a shallow glide. The weight of the Engineer, out there on the nose, was not helping matters at all. Four minutes passed in eerie silence, as the treetops swam up to meet them. “I’m going to need power again soon.” There was no response from the Engineer. Another thirty seconds passed. “I need power.” No answer. “I’m turning on now.” The engine roared, and the Engineer recoiled, cursing, in a cloud of black smoke.

“What’s your game, Biggles, old man? I almost had the bally thing fixed, and now we’ll need to start all over again!”

Biggles bit back an angry retort, and concentrated on guiding the crippled plane upwards. This time, now that he knew what was going on, they would start their glide from a lot higher.

After another protracted glide, the Engineer clambered back into the cockpit, beaming. “All fixed!”

Biggles tapped the oil pressure gauge. “Pressure’s not coming up,” he said. “It will, it will,” said the Engineer breezily. “Don’t be such a fusspot. Now let’s get the aileron sorted.”


He crawled out onto the wing, and began to strike the recalcitrant aileron with a hammer. A minute later, the plane rolled violently to the right. Biggles struggled momentarily for control, his lips dry. By cracky, they’d almost lost it completely, there.

“Don’t do that!” he called hoarsely to the Engineer.

“Whatever you did, just then.”

“I wasn’t doing anything, old man.”

Almost at that moment the plane lurched again, more fiercely, and rolled through forty-five degrees. “That!” screamed Biggles, fighting the controls for his very life. “Don’t do that!”

“Fair enough,” said the Engineer, cheerily. A minute later he did it again, and the plane was inverted for ten long seconds before a sweating Biggles regained any vestige of control.

“Fixed! Undercarriage next!” called the Engineer, and clambered out of sight below the fuselage.

Ten minutes later, Biggles caught brief sight of a set of wheels dropping away earthwards. “Couldn’t save ’em,” said the Engineer when he regained the cockpit. “Better off without them, frankly.”

The Engineer pursed his lips and tapped the pressure gauge reflectively. “Well, the leak’s fixed, old man. Must be something about the way you’re flying her.” He reached under his seat and pulled out a parachute. “Look, I’m most frightfully sorry about this, but the nice men from Sopwith are taking me out to dinner tonight, so I’ve got to dash. Be a brick, Biggles old fellow, and just put her down anywhere you like. I’ll cast an eye over her in the hangar tomorrow morning.”

And with that, he was gone.

Biggles thought longingly of his own parachute. But he couldn’t abandon the old girl now. It wasn’t her fault, after all. Black, oily smoke was already billowing out of the engine cowling, however – he needed to put her down soon. He began to peer around for a flat place to land and, almost immediately, he spotted a distant grassy field. He moved the controls a little so that he could take a closer look.

He flew around the field once, and it certainly looked flat enough. Oddly, someone had painted huge white letters across the level green grass – ICU, it read. He had no idea what that meant, but it seemed vaguely comforting, for some reason. The engine coughed once, and then stopped. He could see a fitful orange glow beneath the cowling. This rummy ICU field would just have to do, it seemed.

As he swung the ailing aircraft around to make his final approach, he realised that the field was just a little too short for comfort. He licked his lips, and prayed that there would be enough room…